Subscribe to our newsletter
to become the first to hear about flash sales, new releases, and new updates regarding Niupipo.

THE INVENTION OF THE GAME

On one Saturday afternoon in 1965, Joel Pritchard and Bill Bell returned to their home on Bainbridge Island from golf. As their children got bored on the day off, they sought to play badminton on an old court but failed to collect enough equipment. The two dads inspired their children to create their own game. They experimented with different types of rackets and balls on hand and finally ended up with table tennis paddles and a perforated plastic ball on the badminton court.

The following weekend, Barney McCallum joined this game and the three men created the first set of rules. This was the very first pickleball game, with an aim to provide a game that the whole family could play together. 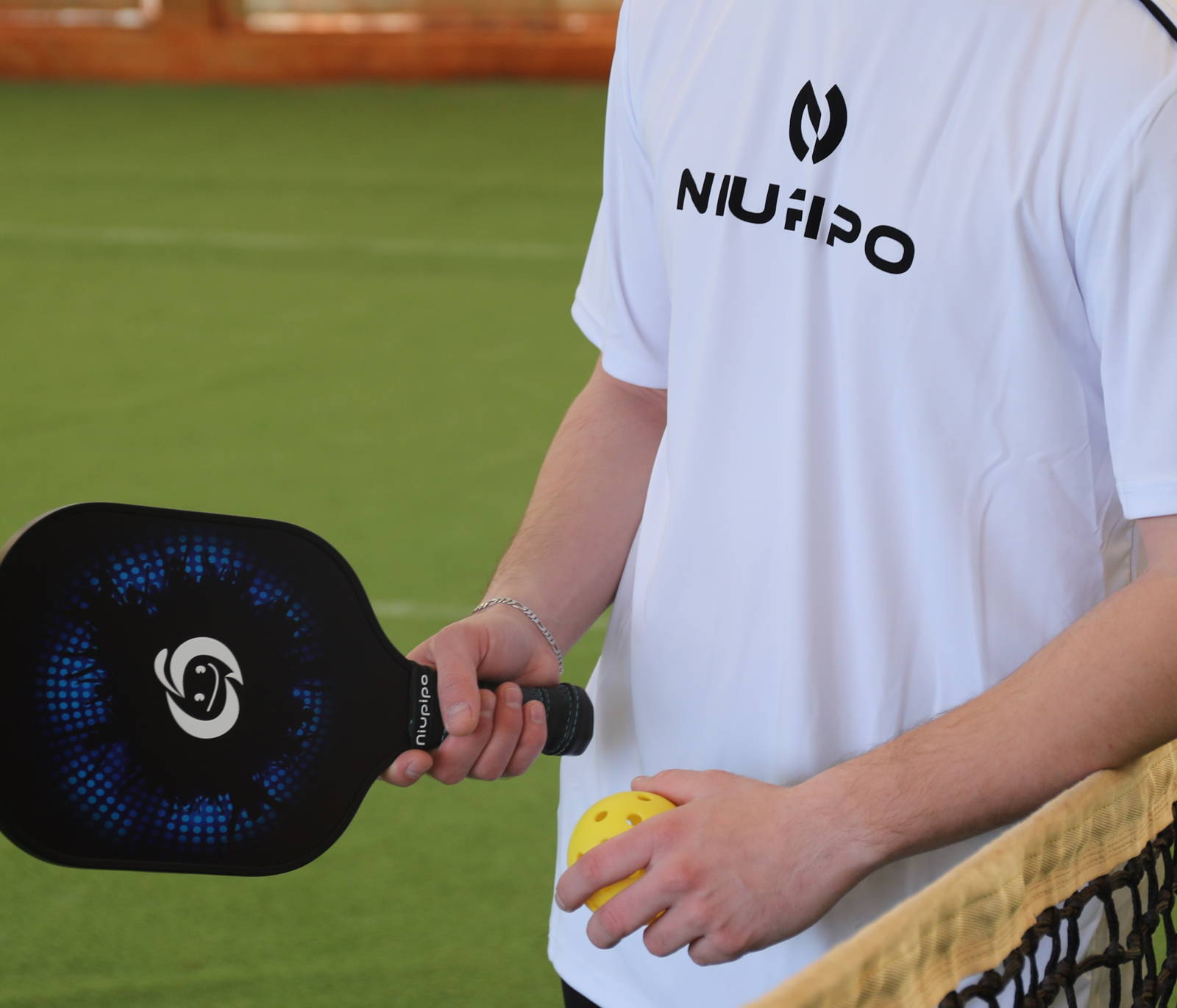 Shortly after its creation, pickleball became popular with local neighbors and relatives of the inventors. In 1968, Pritchard, McCallum's son David and two other friends founded Pickle Ball, Inc. The business made pickleball kits and wooden paddles to suit the demand for the activity. Interest in the sports continued to grow south to Arizona, California, Hawaii, and Florida.

In the spring of 1976, the first pickleball competition ever recorded took place at the South Center Athletic Club in Tukwila, Washington. Men's Singles champion David Lester finished ahead of Steve Paranto in second. At that time, college tennis players who knew very little about pickleball made up a large portion of the participants. They actually practiced with large wood paddles and a softball-sized whiffle ball.

In 1978, a book on pickleball named The Other Raquet Sports was released. About four years later, Sid Williams, a pioneer of pickleball, started playing and running events in Washington State. Pickleball started to gain more and more popularity around the United States. The United States Amateur Pickleball Association, which was devoted to the growth and development of pickleball formed under the quick spread of the sport. The association released the first pickleball rulebook in 1984.

By 1990, the participants in pickleball expanded to all 50 states. Nine years later, Pickleball Stuff, the first pickleball website, went up. It offered information and equipment for the sport.

The USA Pickleball Association (USAPA) was founded in 2005 and a formal rulebook was released by the USAPA Rules Committee three years later. In the same year, the National Senior Games Association added pickleball for the first time. The first major media exposure for pickleball came from a live piece on Good Morning America.

In November 2009, the first USAPA National Tournament was conducted, with almost 400 competitors from 26 states and several Canadian provinces.

Over the past decade, the sport has gained popularity among people who had little to no prior physical talent as well as aging baby boomers, former tennis players, and "Bringing Pickleball to the Olympics"ex-jocks. It's now a global phenomenon. Pickleball is also one of the sports with the quickest growth in the United States, according to the USAPA, which has more than 40,000 members. There are currently about 4.8 million players in the country. Additionally, in keeping with our brand goal and as a leader in the promotion of pickleball sports, Niupipo set goals to promote pickleball all around the world and to bring the sport to Olympics.

Thank you for being a Pickleball player among 4 million people.

As one of the most popular Pickleball suppliers, Niupipo, we are delighted to invite you to join our new campaign, "Bringing Pickleball to the Olympics". Here, we will publish more knowledge and support more Pickleball events.

To start with, we are running an event to find pickleball ambassadors.
You can apply for an affiliate program to get a 10% commission. The more people you invite, the more commission you get.

Nothing Is Unreachable, Pickleball People!

Click the button below for registration and more information.